These Here Are 25 Years Tour

BOOM CRASH OPERA on Saturday night proved some bands can regroup after many years and still sound bloody fantastic live. 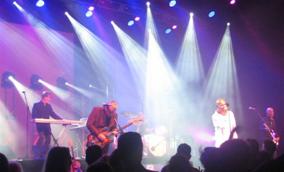 With a very talented singer/songwriter Troy Dean being their support act, he joked with the audience saying he bet you’re all wondering what format Boom Crash Opera would start with because only acoustic instruments were setup up. Peter Farnan, the guitarist of Boom Crash Opera had produced several of Troy’s releases so Troy felt very honoured to be their support. I must say I think Troy got a few more fans because he dedicated his last song to his fiancé. I highly recommend you check out HIS SITE.

The guys from Boom Crash Opera surprised us by appearing on one of the stalls at the back, then they gradually walked through the crowd to the stage.

Three out of four are the original band members, the bass player classed himself as the newbie, even after twenty years! They started with an acoustic set and you could see how much fun they were having as lead singer Dale Ryder did funny dances and laughing at himself. Introducing Mountain of Strength Dale described the song as “happy and joyous, being me” 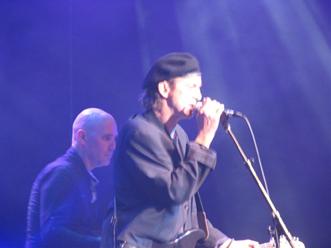 He joked about wearing skivvies which they did on the night as they did in the 80’s, but soon he rushed off stage to get rid of the hot thing. When they did In The Morning and Bettadaze the crowd stood up and rarely sat down after that.

Starting the electric set with Dancing In The Storm fired up the crowd who loudly sang and they rarely sat down after that.

BUT a very unexpected surprise guest made the crowd go wild! Sean Kelly joined Boom Crash Opera for the rest of the show, doing two songs on the vocals with the band including The Models’ mega hit I Hear The Motion which definitely made time go back to 1983! Sean said, “feeling very fortunate to be here]. Got Dale tied up out the back…. just how he likes it! 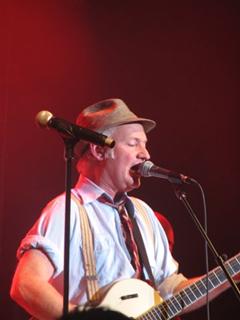 The Models’ classic hit Out Of Mind, Out Of Sight was perfect to end the night as again Dale and Sean teamed up on vocals transported us back to the 80’s! The crowd rushed to the front and danced like it was 1985 again.

Dancing In The Storm

Gimme What I Want

Get Of The House

Piece Of The Pie

I Hear The Motion (Sean Kelly with Boom Crash Opera)

Miss You? Love You? Hold You In My Heart {unsure} – (Richard Pleasance)

Hands Up In The Air

Out Mind Out Of Sight (with Sean Kelly)