THE BABY ANIMALS have proven they are still a force to be reckoned with by their comeback album This Is Not The End debuting at Number 3 on the Aria Australian Album Chart after its release on May 31st. In the words of The Baby Animals’ guitarist Dave Leslie the band “haven’t gone ‘soft'” as This Is Not The End has tracks with a one two punch! 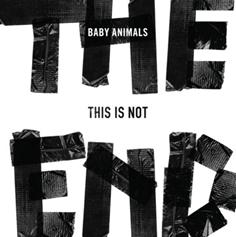 After a twenty year break from recording, the Baby Animals decided to regroup and release an record independently. With rave reviews from the industry and their fans, it is very exciting to see one of the real rockers Suze DeMarchi back with Dave Leslie (on guitar), Dario Bortolin (bass) and Mike Skelton (drums).

This Is Not The End give a sound of a more life-experienced group of musicians who have written about sentimental topics ranging from giving advice to their children (Winter’s Day) to getting dumped in an e-mail (Email). It’s no wonder Aussies have given the thumbs up to This Is Not The End.

Dave from the band was kind enough to give me some of his time to answer my questions during the Baby Animals’ tour. 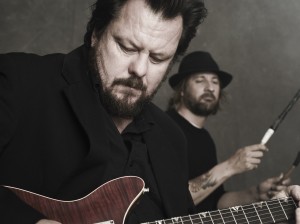 Thanks very much Dave for doing this interview with me. I must say after listening to Baby Animals’ upcoming album This Is Not The End (which was released on May 31st) it’s very evident the group has matured. Why did you guys decide now is the right time to regroup and make the album?

We were both busy doing ‘life’ things, raising families and the like… Now just seemed like as good a time as any.. We have a great stable line up, great management and we’re very keen to see how far we can push this thing…

Is the title This Is Not The End directed to anyone in particular?

This Is Not The End is the title of a song that didn’t make it onto this record. It is a very cinematic and expansive track, which will hopefully surface in the future. It seemed like a good name for the album as, hopefully it will prove prophetic.

Wow! It’s been twenty years since your last recording which is unbelievable! How has or hasn’t the recording process changed?

The recording process hasn’t changed a great deal. However, we paid for this recording ourselves which allowed us to have more say as to how things went. It definitely streamlined the decision making process. We made sure we had all the parts right before we started to record. That way, we could just relax and enjoy the recording experience.

The Baby Animals decided to release This Is Not The End independently! Why was this?

Basically, it was because we didn’t want to be encumbered to a major label in the current musical climate. The deals that were presented to us were all pretty bad. With our label, Social Family Records, we have an independent label who, like the band, is emotionally attached to the project and the whole thing is very ‘hands-on’. It made more sense to do it this way…

The first single Email is the ultimate chick…I’m trying to think about how to explain it.. It’s a basically a “fuck you for dumping me in an e-mail”. Is this right and did this actually happen?

I think you are pretty close to the mark as far as the sentiment of the song goes. You would have to ask Suze as to its validity…

On the flipside Winter’s Day is a beautiful song about telling your daughter to enjoy everyday. Did you and Suze swap treasured memories about your children to create Winter’s Day?

We always swap stories about our kids, some more ‘treasured’ than others! I think the sentiment of this one is that you can find beauty in just about everything if you look closely enough. Even though you might be going through a rough time, time will change things, just as the seasons change. So what might feel like a never ending Winter, eventually becomes a sunny Summer.

Going back in time for a moment, what is your favourite music memory from the Baby Animals’ success in the 90’s? Would you change anything?

Obviously, having a number one album was a big highlight for all of us. The overseas tours that we enjoyed were a dream come true. The only thing I would change is to have spent more time writing music and less time partying but really don’t regret anything. It was, after all, tremendous fun!!

In June you guys are going back on the road to do gigs along the east coast. Is getting back to gigging like putting an old pair of comfy jeans?

Playing live is your big pay-off. When the band is cooking it is the best feeling in the world. We have been playing festivals and other gigs on and off for about two years and each time it is a great thrill. Cannot wait to do it again!! Yes, it’s like an old, comfy really loud pair of jeans!

Thankyou very much Dave for your time! Good luck with your future! You can catch the Baby Animals this weekend in Melbourne: 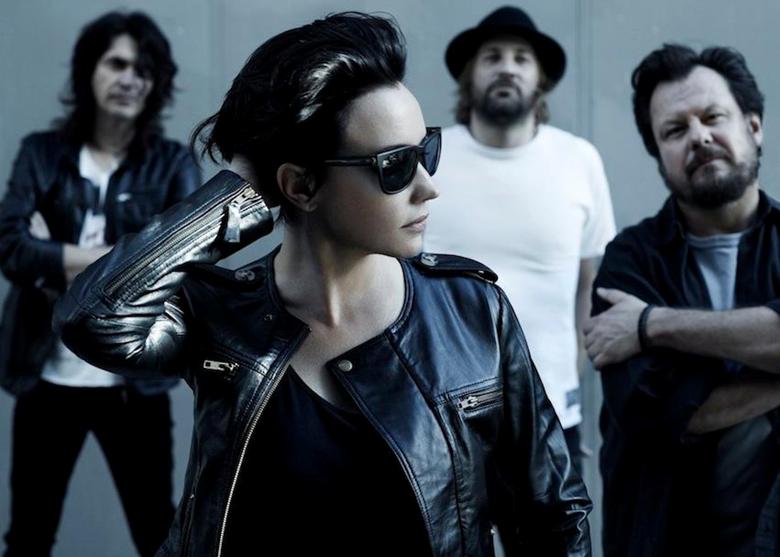