Skip to Content
Home / Interviews / Anthony Is Destined For Greatness 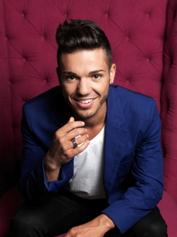 FROM AN EARLY age Anthony Callea showed strong signs of being destined for greatness! Australia was introduced to this extremely talented man in 2004 as an Idol constant, but like so many artists, since then Anthony has successfully gone down unexpected paths, receiving multi-platinum singles and overwhelming acclaim for his roles in the musicals Wicked and Dead Man Walking.

In April Anthony released Thirty (his first recording since the 2012 EP Let’s Go). Thirty includes two originals My All and I’ll Be The One, as well as some of his favourite songs he has put his own take on including Cheap Trick’s The Flame, Heart’s Alone (one of my all-time favs too) and two Italian anthems Nella Fantasia and Di sole e d’azzurro. But it’s his first single My All Anthony is extremely proud of
as he says it’s “the most personal and raw” songs he has written.

In July Anthony is taking off doing a tour starting in Victoria performing at the superb Palms on July 13th (read further down for his tour dates) and in January he’s starring in Grease The Musical as Johnny Casino! So it seems there’s no slowing down Anthony!

So I was very lucky to interview the busy man, Mr Anthony Callea and reading his answers you’ll meet a very down-to-earth man who values the most important thing, LOVE. Thankyou again Anthony!

You’re a busy man Mr Anthony Callea, so I thank you so much for doing this interview! Life’s treating you very kindly with all you’ve achieved since Idol. Can you pinpoint a time when you realised all your success as an artist?

I judge success by being happy, not only professionally but personally. I’m very fortunate to do what I love as a “job” and have a supportive and loving personal life, so I see that as success…. anything on top of that is an absolute bonus and blessing!

In April you released your latest album Thirty which is a collection of covers that have touched you throughout your thirty years. But the stand-out track for myself is one of your originals My All which you wrote for your partner! Is My All the most personal track you’ve written?

It’s definitely up there with one of the most personal and raw songs I have written. I love this song and am so happy to have it on the album Thirty.

You don’t have to answer this but is the beautiful video for My All what you would like to say to our stubborn parties in government who are against gay marriage?

Not at all, this album is about one word and that’s “LOVE” and celebrating the love between these couples featured in the clip. The older couple have been together for fifty years in real life, Andy and Matt have been together for many years and I wanted this footage to celebrate the honest and real emotion and love between couples no matter what their sexuality, ethnic background or beliefs. Love is love and everyone deserves to be loved and to love. That feeling should be celebrated and cherished.

What is your all-time favourite song?

Tough to answer, I don’t think I have one all-time favourite song, but I am so enthralled in NeYo’s R.E.D album right now, I just love this album. He truly is a brilliant songwriter, vocalist, performer and producer. 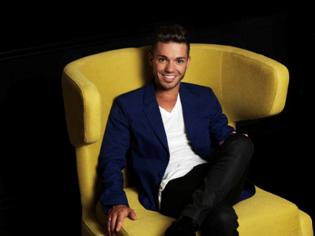 Along with being a successful recording artist, you’ve received lots acclaim for your roles in musicals including Wicked and Dead Man Walking, and next January you’re doing a role in Grease. Did acting come naturally to you?

I’m not one to lie so I need to be honest…. no, acting does not come naturally to me, however I do love the challenge. I do believe it’s important to challenge yourself and jump out of your comfort zone at one time or another. I am lucky my partner is a brilliant actor, so I get free coaching!

Since you’ve been performing for years, do you think you’ll get nervous doing your own LIVE concerts along the east coast of Australia starting on August 13th?

I always get nervous before any performance and that’s a good thing I think. If I didn’t get nervous, I would be worried. It’s all about channelling those nerves in a positive way. I can’t wait to kick off the tour in Melbourne on the July 13th and then move through NSW with four shows and then finish in QLD with two shows. Touring with my band is the best part about my job….. I couldn’t think of anything more exciting to do! Bring on the shows I say….. Hope to see you there!

You can catch Anthony Callea on his Thirty tour on these following dates:

Head to http://www.anthonycallea.com for updates on Anthony! 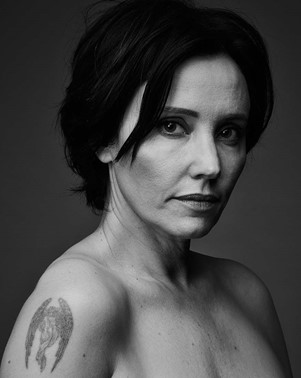 Suze DeMarchi Joins Project Urges You To Touch Yourself

Troy Goes On A Freedom Ride

A Short Chat With The Smooth Sounding Ray Mann