SIMON RAND IS A talented singer/songwriter from Melbourne who’s just released his self-titled album this month and is Toby Rand’s brother (who I had the absolute pleasure to interview last year.) 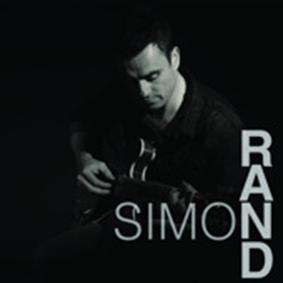 You wouldn’t believe Simon and Toby are brothers because their styles in music are completely different. I wasn’t compared to be shocked, but it just shows how everyone’s individuality shines through.

Simon’s approach on this album to music is to use synthesized sounds like how Peter Gabriel and Darren Hayes have done over the years. The second track How Does It Feel? mixes different genres to give it a haunting sound.

My Spine is a more rocky track about disliking someone but still loving them, and losing the fight and giving in to contacting them. Halo is a great Aussie rock sound capturing summery images of sun and surf, with a touch of pop.

I like Waiting For You for its simplicity. It has a positive message and it’s just a sweet song! Simon shows how talented he really is by including a version of How Does It Feel? where he sings the entire song in French.

Earlier this year I saw Simon do a set at Toby’s solo Melbourne show and his demo Knock (which he includes on his album) reminds me of how he impressed me. It’s stripped bare with no synthesized sounds; he’s just showing how talented he is as a singer/songwriter!

I hope we get to hear more of Simon in the future. Simon Rand’s CD gets two and a half out of five frangipanis.